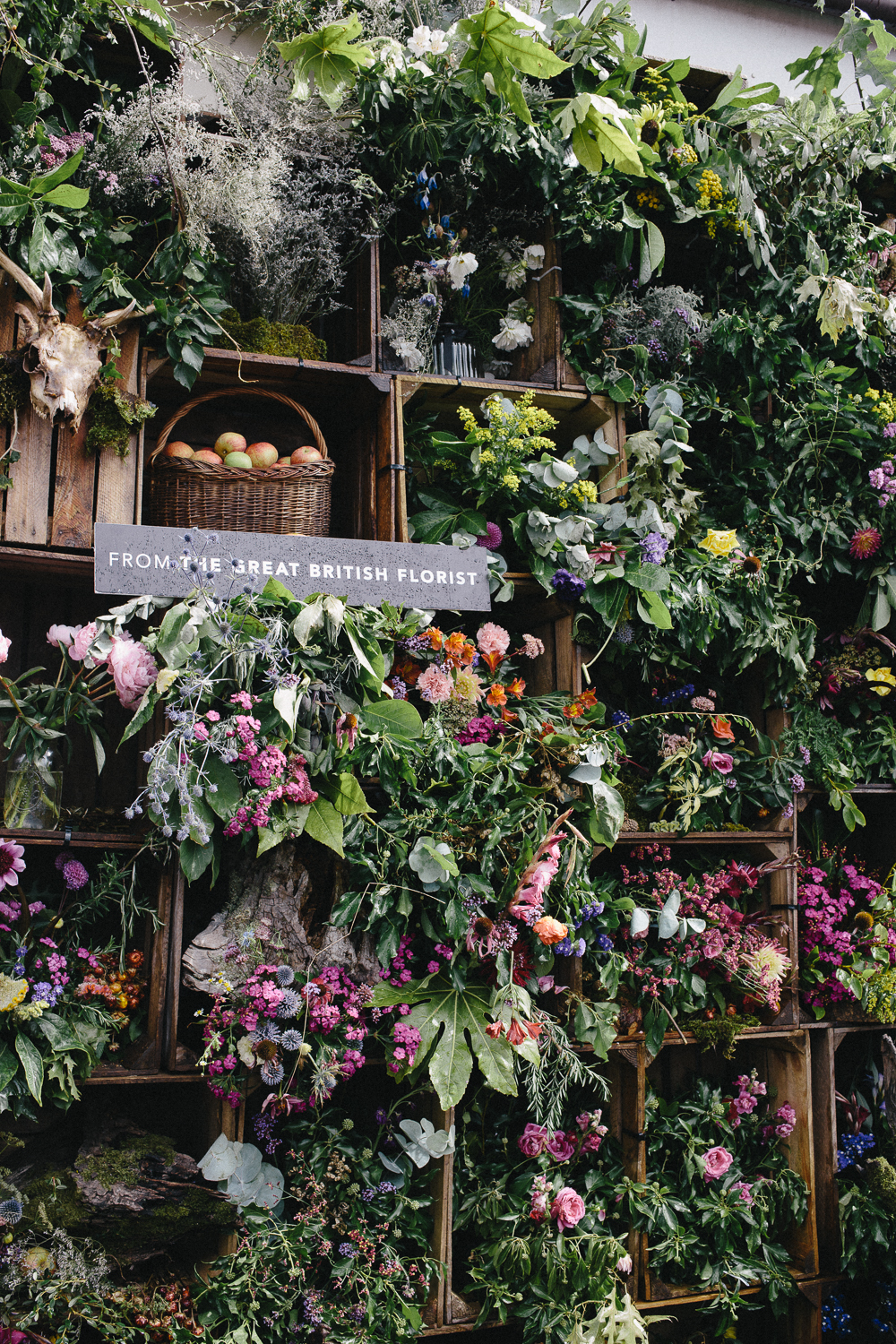 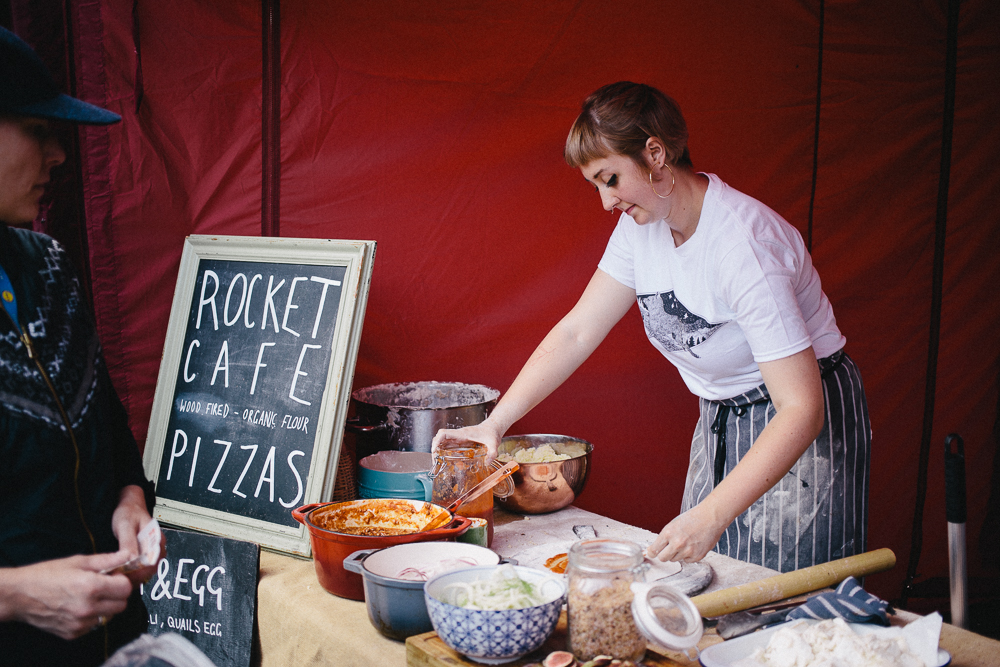 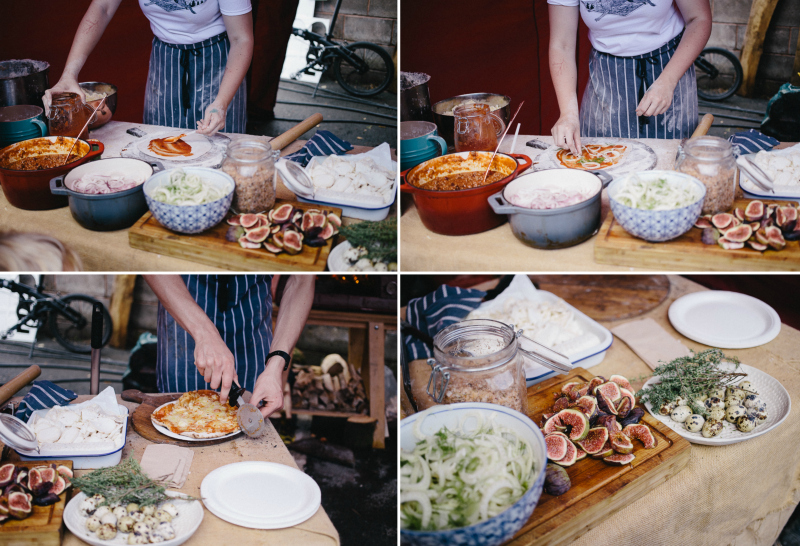 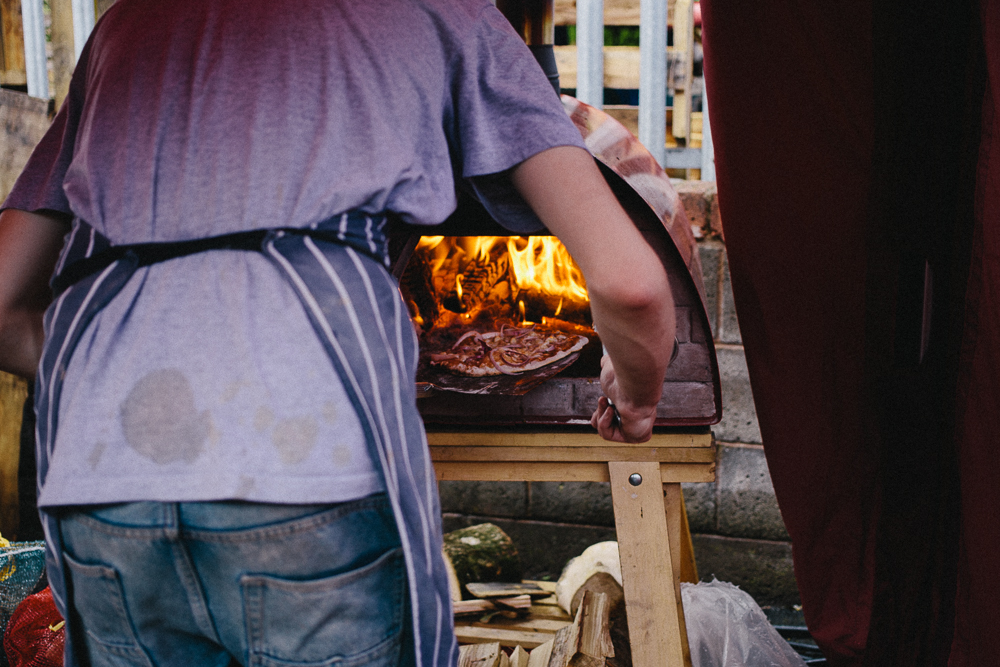 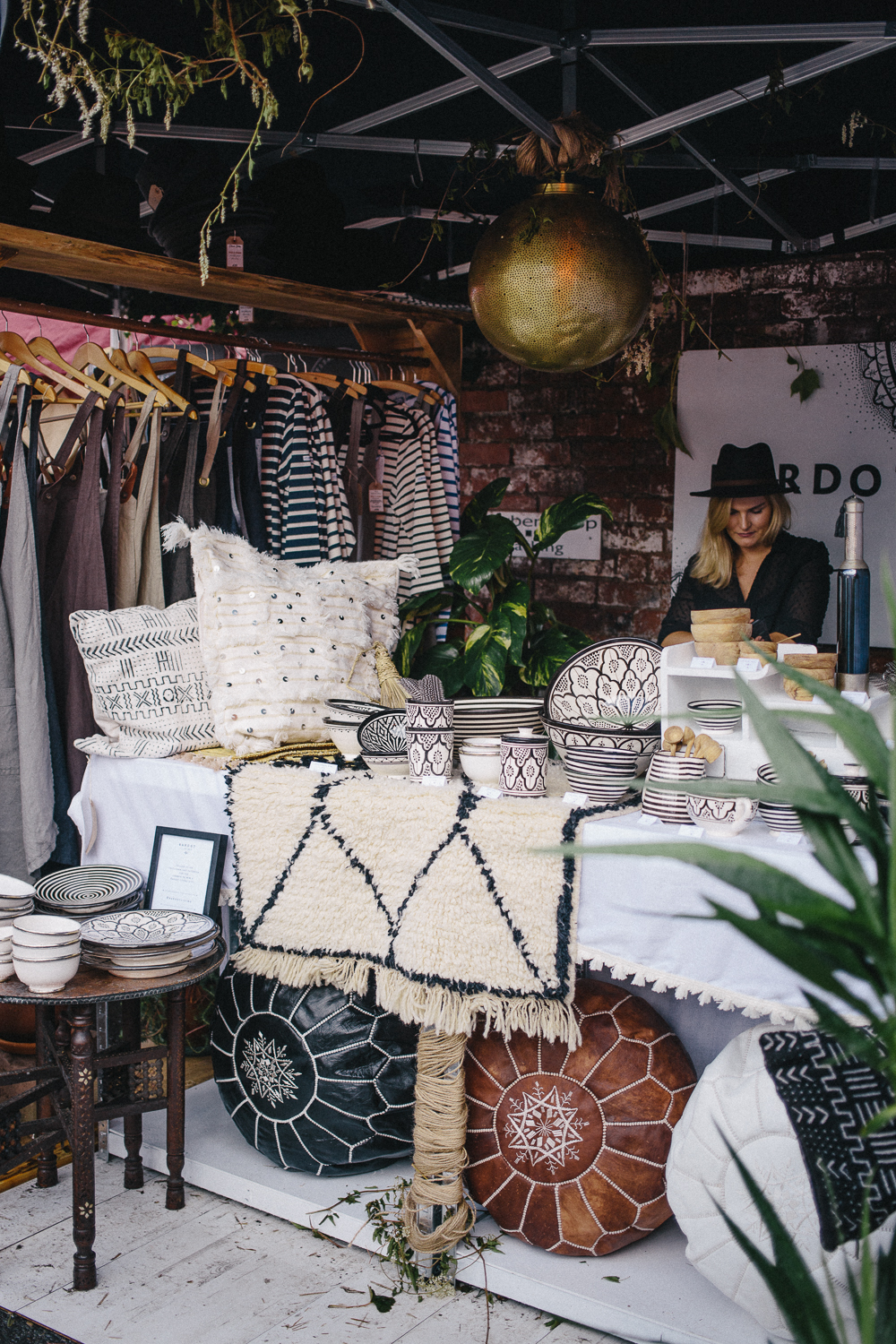 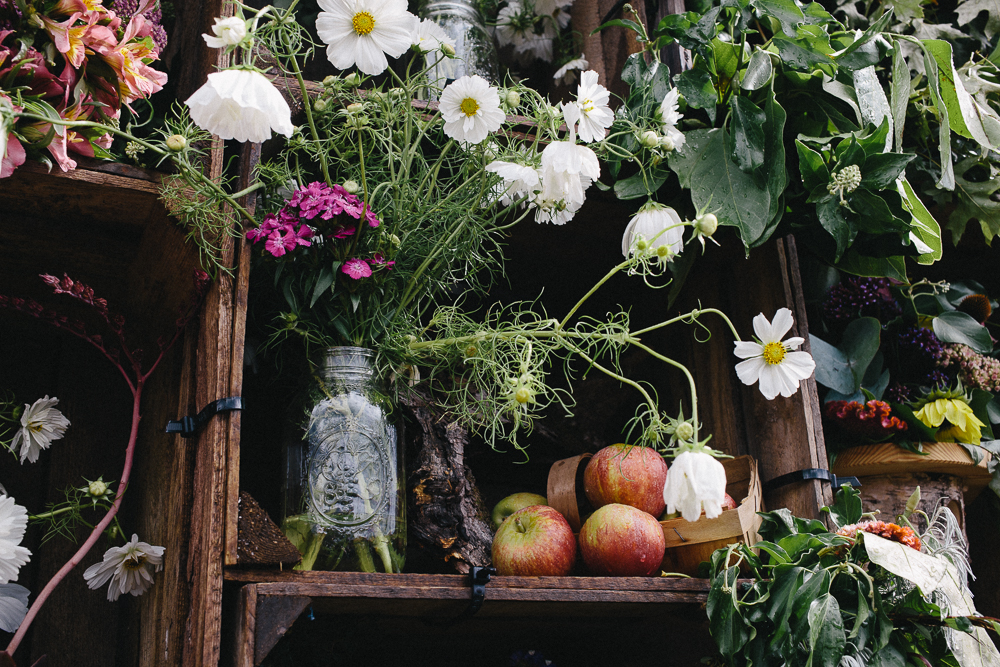 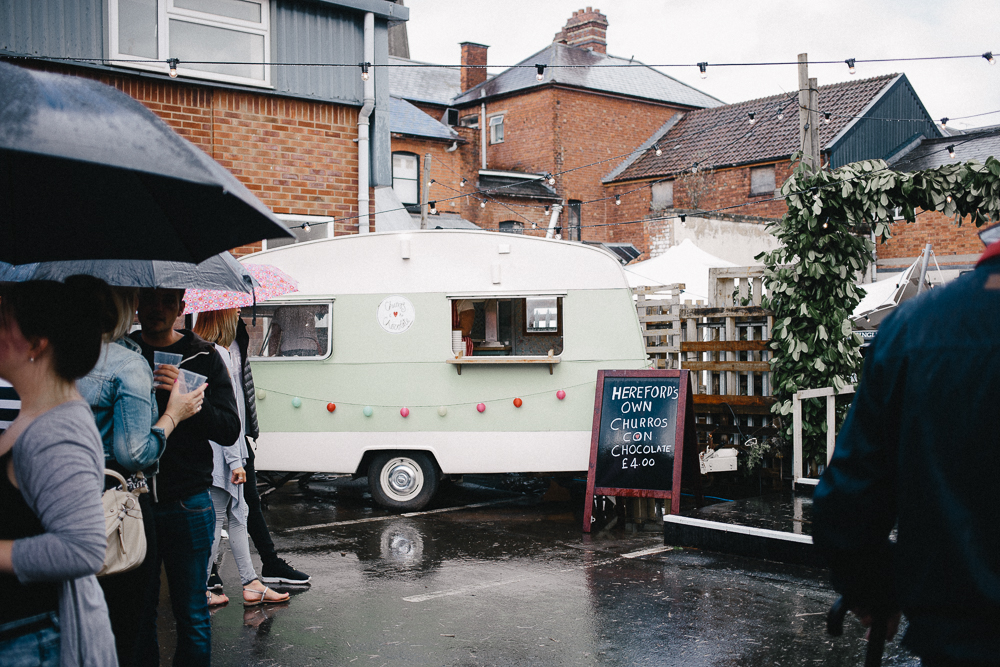 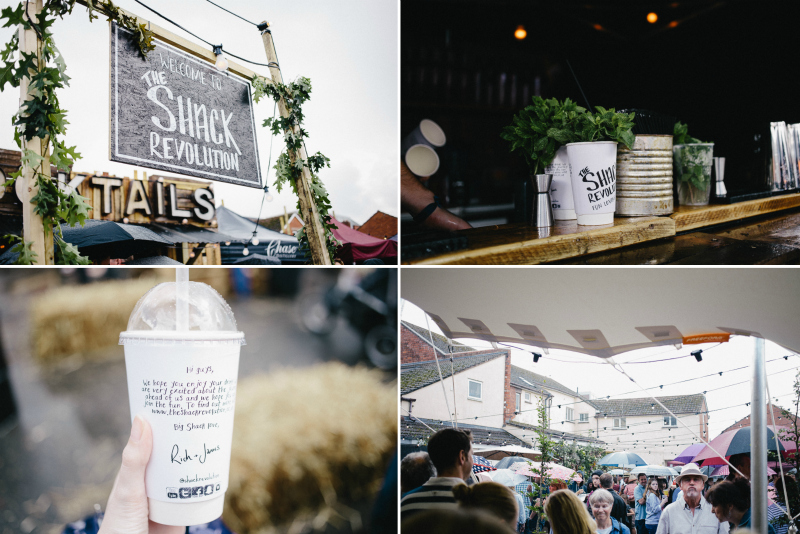 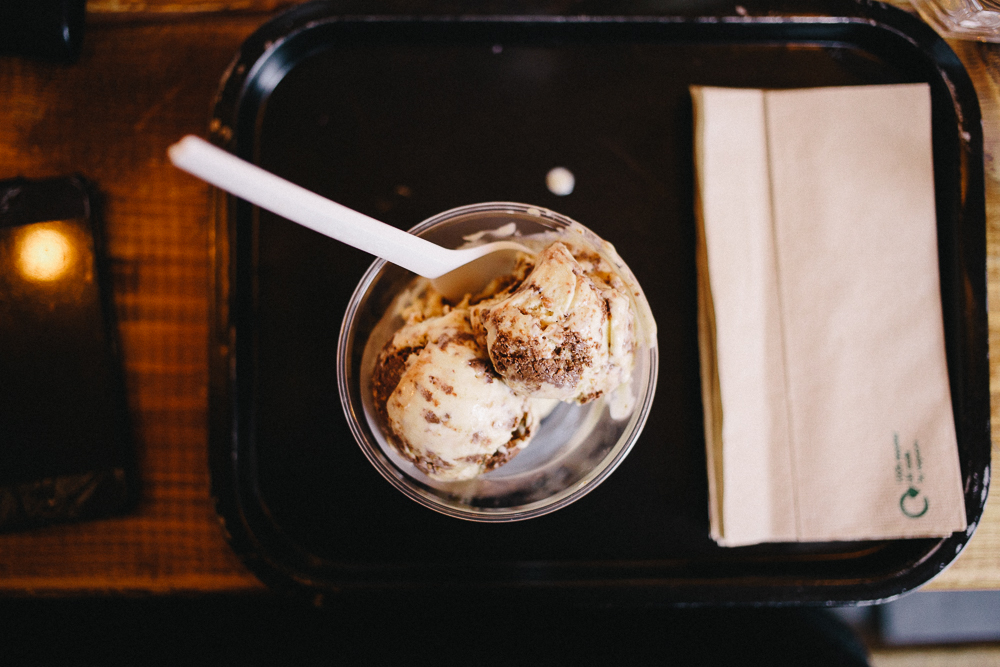 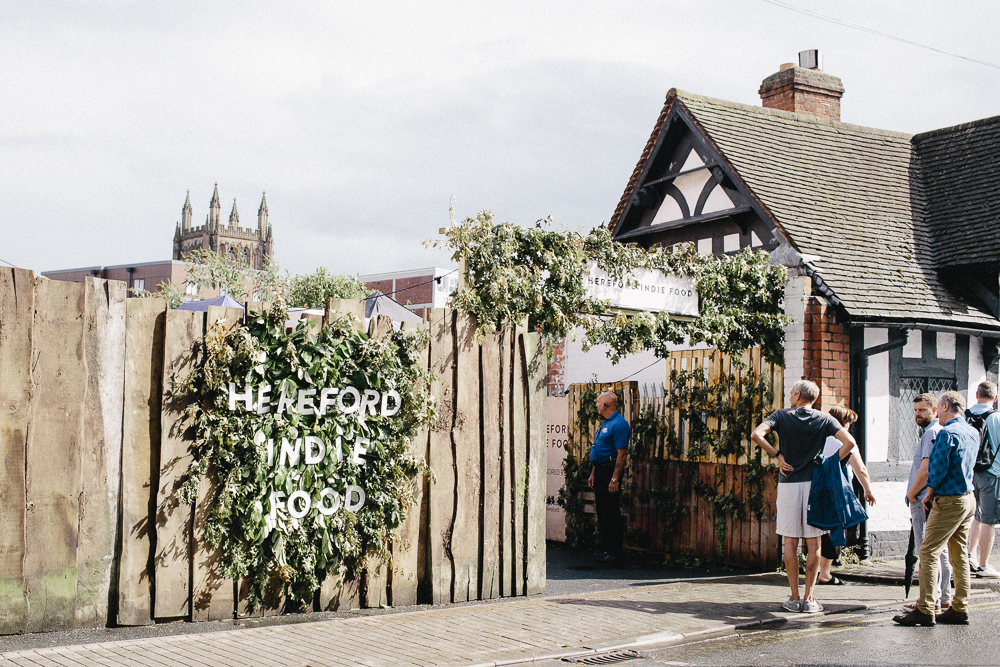 Over the bank holiday weekend, I went up to Hereford to have a gander at the Indie Food Festival. We went on Sunday afternoon but there were separate events on both Saturday and Sunday night too with Gus from Alt J djing.

During the day, the festival only cost £1 to go into which I think is a bargain. To begin with, there were independent non-food stands which I loved and is how I discovered the fabulous Bardot Living, their homeware is so Pinterest, I’m in love with the Suki print tableware. Sin Eater are also worth a look if you’re into illustrations with a bit of dark side, the hare is my favourite.

I was pretty hungry by the time we got there so I immediately hunted down the pizza stand. It was so fun to watch the pizzas being made with super fresh ingredients right in front of us, but it did get a bit toasty standing by the fire! The dough was so delicious, and as someone that really dislikes tomato, I’m going to shock you and say that the sauce they used was just amazing. We went for the onion and herb toppings (costing £6) and the onions weren’t too strong which I had been a bit apprehensive about. It was a damn good pizza and I’ll definitely be dragging Lee over to Rocket Cafe to try their other food the next time I’m there.

Probably my favourite thing at the festival was the wall created by The Great British Florist, which you’ll have already seen on my Instagram of course. So after taking a few snaps of this, we headed over to the Shack Revolution stand to get some juice. We both went for the pear, cucumber and mint juice which was really tasty but could have done with being colder. I also found it a bit too much after half a cup and felt myself begrudging the £3.50 I’d spent on it, but Lee had no complaints about his.

Lee was still hungry after his few slices of pizza so we went over to A Rule of Tum (aka The Burger Shop) who are also the guys that put the whole festival together. Lee got his usual Farmer Tom burger and I decided to try out the chocolate and hazelnut ice cream – delicious just FYI.

Hereford is a pretty good place for independent shops and food places, after this weekend we’ll definitely be branching out more from our usual two burger places (the other being Beefy Boys, the Leafy Boy is my favourite).

If you want to know a bit more about Hereford Indie Food then check out this lovely zine they put together.