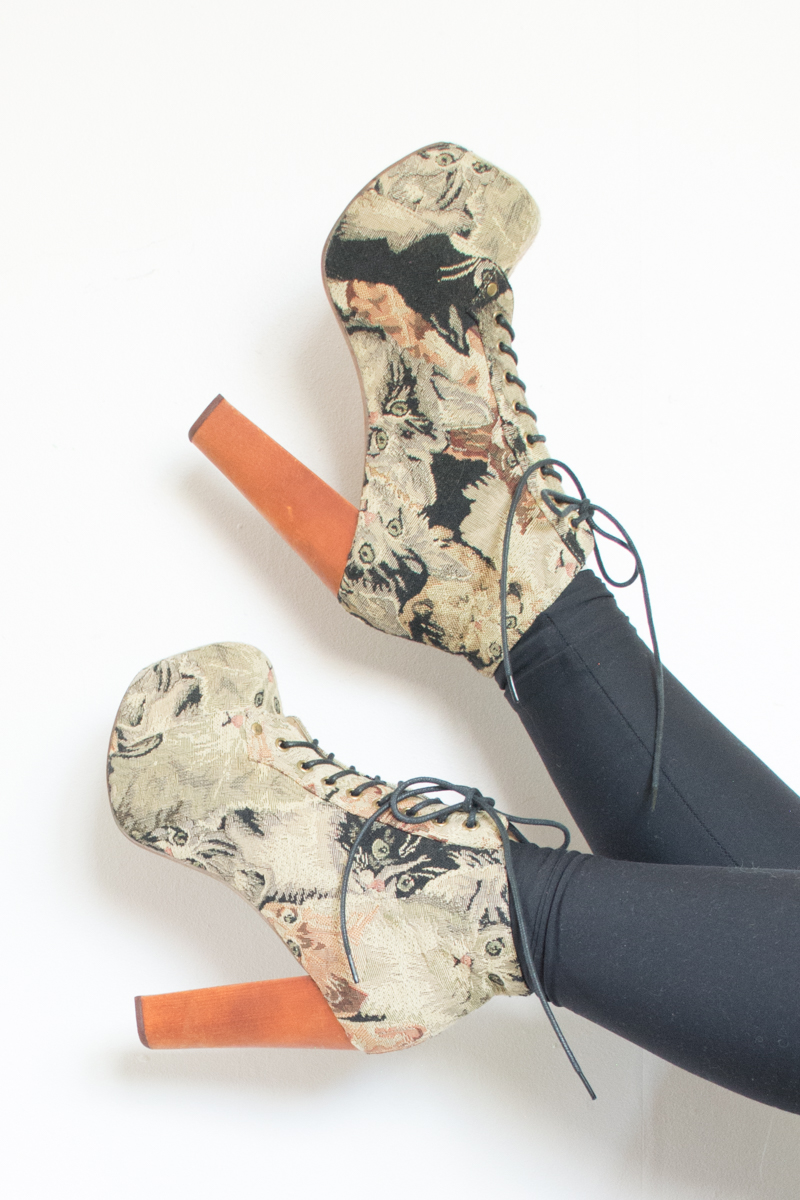 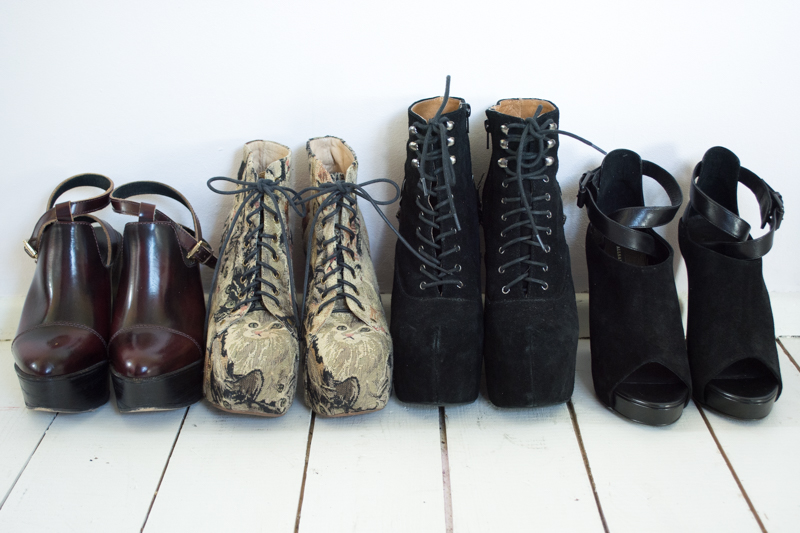 I think it’s probably worth noting that these shoes are probably also my most expensive pairs, I’ve had all of them a little while and obviously they’re all heels. I can count the amount of times I’ve worn each of these pairs;

JC Cat Litas – Owned since late 2012. Worn once, quite a few years ago – comfy but I’m not used to light colours.

AllSaints – Owned since mid 2014. Never worn out of the house – haven’t had an occasion and I don’t want to ruin them.

That’s kind of appalling really isn’t it? I did get all of these shoes at discounted prices so in terms of money wasted it’s not quite as bad as you might think. You might ask why I’ve kept these shoes when I don’t wear them and they just take up space (and you might ask how many other pairs of shoes do I have and not wear?!) but the answer is that I still absolutely adore them. Looking at them makes me happy and the thought that I could wear them if I wanted to is enough. I think if I had more occasions to wear heels then I probably would get these out more, but as it stands I tend to go much more for comfort these days. I’m a bit of an old lady.

I’m sure I’m not the only one that has a few several pairs of shoes too many and doesn’t get the chance to wear them, I’d love to know which shoes you love but never wear! 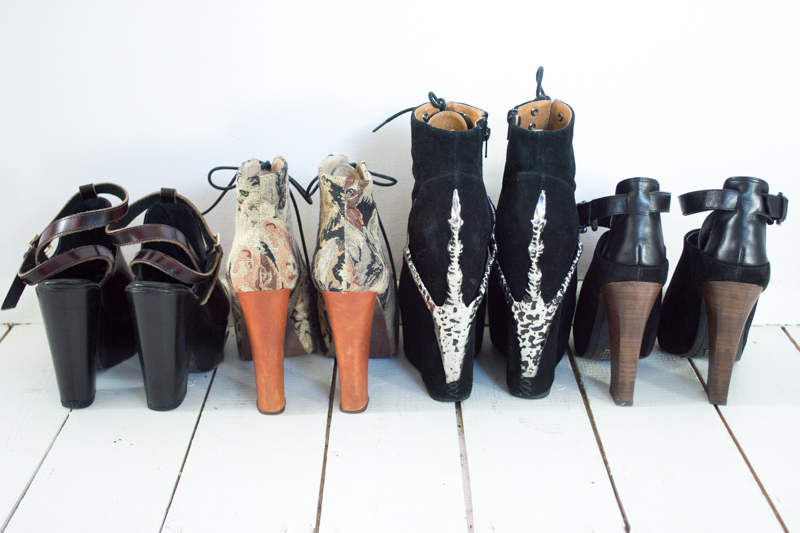