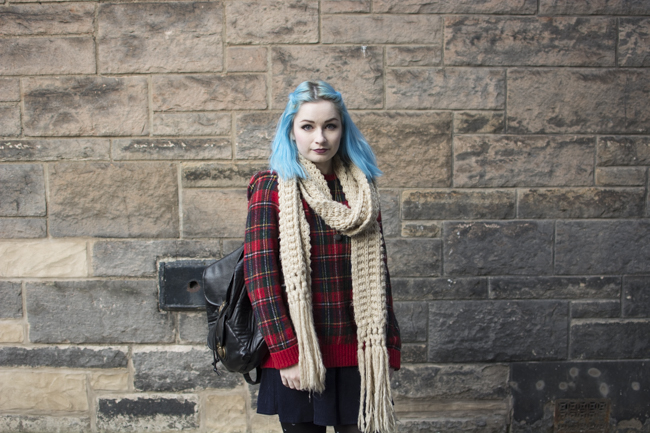 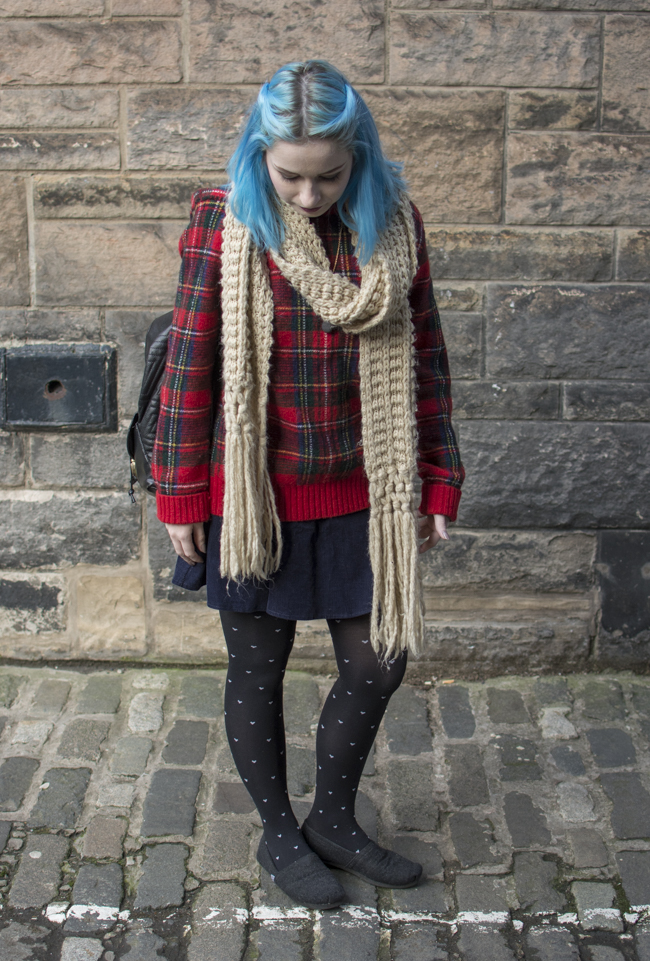 I wore this outfit to go and meet a friend for lunch at The Elephant House (aka where J K Rowling started writing Harry Potter, see photos and mini review below) which was rather lovely. I picked up this Ralph Lauren tartan jumper in Goodwill when I went to Atlanta and it’s just so cosy and warm and of course it being tartan too just made it perfect for my trip to Scotland. I know a lot of people would think it clashes with my hair but I’m not really bothered by that and I think the scarf breaks it up a bit, as well as adding some much needed warmth!

The heart tights add a bit more fun to the outfit as does the adorable necklace that Lee got me for my birthday. Eclectic Eccentricity has some amazing pieces of jewellery, I’d really recommend you check them out if you’re into things that a little bit quirky. 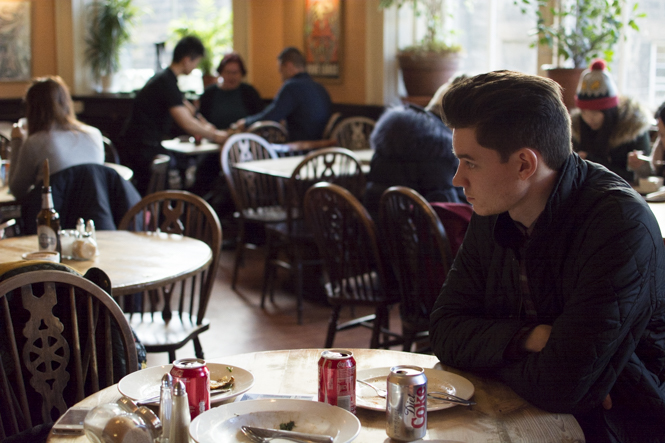 None of us had been the The Elephant House before so weren’t sure if it would just be overpriced and super touristy now. It wasn’t too ridiculously priced, I got a tuna mayo jacket potato for around £5-6 but I must admit it wasn’t the best I’ve had, it was a bit overcooked but with how busy it was in there I can understand that they probably cook things in advance and keep them hot. My friend had a brownie that was apparently very good so if you’re not that hungry maybe just try out the cakes as they did all look delicious!

There were a lot of paintings of elephants up around the inside which I loved as they’re one of my favourite animals. They also sold postcards of the building, I did buy one as I thought it was pretty. It cost £1.50, I’ll put a photo of it below.

Here are some snaps from my phone: 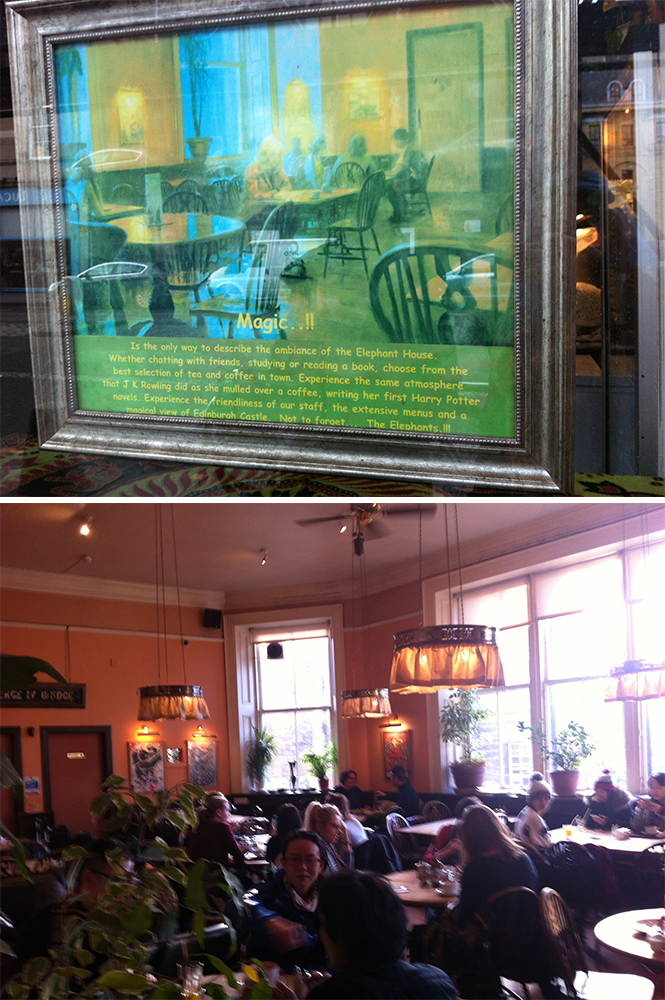 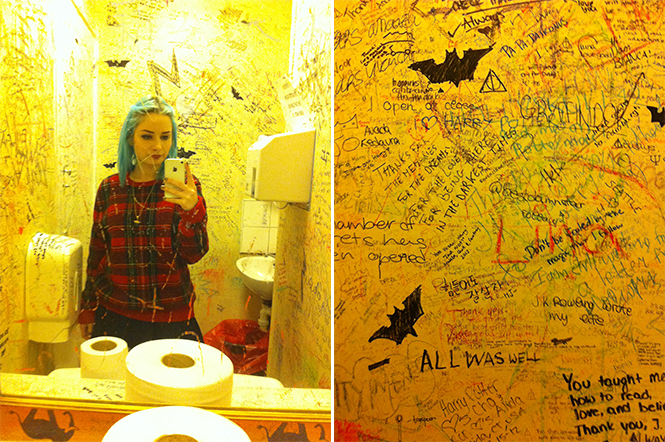 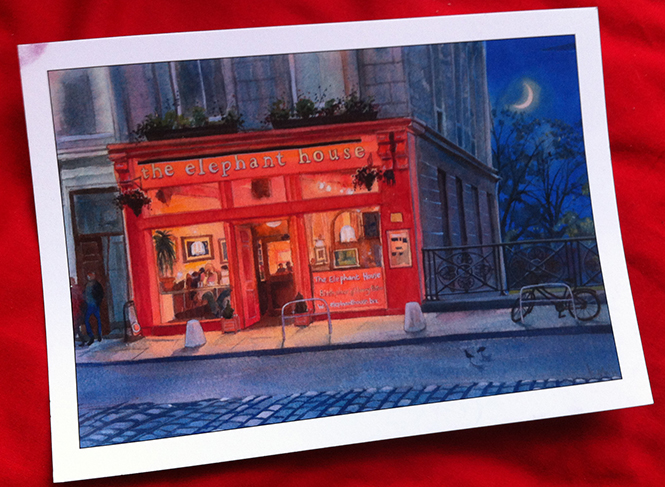 The toilets (both men’s and women’s) are covered in Harry Potter related quotes and messages to J K Rowling which was a fun surprise! Unfortunately there was scaffolding up outside so I couldn’t get a photo of the front which is pretty cute, which is partly why I bought the postcard.

Have you been to The Elephant House or have any plans to go in the future?